Without a doubt, Catalan cream is one of the most popular desserts in our city and, why not say so? Also from our restaurant. It is for this reason that today we would like to share with you the recipe for this fantastic dessert. Join us on this short trip where you will know not only the origins of the Catalan cream but also its preparation.

The history of Catalan cream

Have you ever wondered what is the history of Catalan cream ? Its origin dates back to Catalan literature, being able to find recipes in medieval books from the 14th or 16th century . It is for this reason that Catalan cream is considered one of the oldest desserts not only in Spain but also in Europe.
Over the centuries the recipe for Catalan cream has evolved to become what we know today . Adding certain elements such as cornmeal instead of the starch that was previously used. At the time of its preparation, homemade torches are also used, which do not fail in the restaurants of Barcelona that prepare this delicious and iconic traditional dessert.

Ingredients of the Catalan cream

Catalan cream is a much simpler and quicker dessert to make than you might have thought . Next we will see what are the necessary ingredients to be able to make this traditional recipe so successful in our restaurant . Of course, keep in mind the amount you want to prepare and also that in ‘La Bóta del Racó’ we have, as good pastry masters, our little secrets that give that special touch to our Catalan cream. That said we recommend using the following ingredients based on a standard amount:
· 5 egg yolks
600 ml of whole milk
· 25 g of fine cornmeal (cornstarch)
100 g of sugar
· The skin of half a lemon and cinnamon stick
· 30 g of sugar
Do you already have everything? Well, let’s start preparing our delicious Catalan cream.

How to make Catalan cream

First of all we will start putting a little more than 300 ml of milk on the fire with the cinnamon stick and the lemon peel and then we will cook it until it is almost boiling. When we remove it we will let it rest for at least one hour.
At the same time, we will put in a bowl the sugar and the yolks, while in another similar container we will mix with a whisk the rest of the milk with the cornstarch, later, to add it to the yolks and to mix it again. Next, we will add the hot milk while we stir it while we will strain it to avoid remaining remains of cinnamon sticks and lemon peel.

We will put the mixture back in the bowl and put it on the fire without stopping to remove it with a spatula or with any utensil that is useful until it is a little thick; It is very necessary to remove it so that it does not stick to us. We will realize that the mixture is ready when we feel that it finally stays like a cream.

When the mixture is creamy we will put it in the containers by covering it with transparent film paper and let it reach an ambient temperature. Finally, let it cool in the refrigerator for at least three or four hours to set.
Once we have the curdled cream, we will pour a layer of sugar on the plate according to the amount we want and burn it with the help of a blowtorch or ed any effective kitchen utensil until a good presentation is achieved.
After completing all these steps we will have our Catalan cream ready and ready to put it in the fridge.

Did you find this recipe useful? If so do not hesitate to share it with your friends and loved ones so that they know how to provide a traditional and very tasty Catalan dessert to their guests. In the same way we also invite you to enjoy our own Catalan cream in ‘La Bóta del Racó’. Where in addition to this you can enjoy different really delicious desserts.
Remember that if you want to reserve a table in our restaurant you will only have to contact us or call our telephone number and we will take care of providing you with a truly unforgettable evening. We will wait for you! 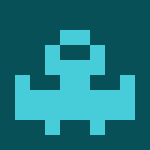