Recognized as one of the restaurants with the best traditional Catalan cuisine in Barcelona, ​​it re-launches its website, with a design that unifies its visual quality and interactivity, which makes it an information portal in defense of the good palate.

From today La Bóta del Racó reaches more public, and the thousands of visitors who, whether rainy or sunny, go through Barcelona in search of a restaurant of genuine Catalan ancestry, will find in www.labotadelraco.com the best orientation to savor the dishes of a gastronomy, like that of Catalonia, blessed by its people, its mountains and its sea.

Thus, in response to the need to interact more with users and their customers, La Bóta del Racó offers a portal that not only offers its gastronomic services, but also takes them to know a part of that Barcelona that was born 35 years ago. space for family gatherings and friends, with the best attention and reasonably fair prices.

Among the highlights, such as the quality and breadth of their images and videos; the dynamism of the culinary and health information and the announcements of its events or special days dedicated to its visitors, www.labotadelraco.com adds the ease of making the reservation in the different rooms that the restaurant has; activation of take-away food orders; as well as the offers of the week and the menus of the season are available. It also has the peculiarity that the letter menu is prepared in three languages; obviously in Catalan and Spanish, but also English.

This February, by the way, La Bóta del Racó recommends their special Calçots in the season of Calçotades that are already widely known.

FROM THE OLD STABLE TO THE BEST RESTAURANT

“The best dish is not the most complicated, but the one that is prepared with pleasure and seduces diners”, says a calm José Pascal, wearing black trousers and vest, the uniform that marks the sobriety of La Bóta el Racó, a restaurant in Barcelona that appeals without much noise to the best of traditional Catalan cuisine.

The small history of La Bóta del Racó is exciting, because it coexists with the cultural and architectural changes that transformed Barcelona, ​​turning it into a city that refuses to bury its past but does not resist the proposals of the new cities. The restaurant, located on Avinguda Mare de Deu de Montserrat, 232, is widely known in Barcelona. No wonder: in its 35 years of activity, La Bóta del Racó underwent an intense transformation from those three farms where “the workers and neighbors piled up to buy lamb shoulder chops, whole kids, lots of meat, at very cheap prices”, to become what it is today, a place for family gatherings and friends, where the exquisiteness of Catalan cuisine is completed with the best service from its staff “.

In respect of that past, La Bóta del Racó retains its architecture and furnishings, but modernity and the challenges of the new times are present. As always, with responsibility for what they do and the kindness they deserve who visits them. 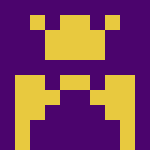