The Park Güell is one of the most iconic places in Barcelona, a huge public park of more than 17 hectares full of gardens and architectural elements made by the great architect Antonio Gaudí. All forms of the Park Güell have both political and religious symbolism.

This park was opened in 1922 and from there it has become one of the main tourist attractions in Barcelona, being declared a World Heritage Site by UNESCO in 1984. The Park Güell has a peculiar magic that always amazes those who They visit it, so if you are going to pay a visit to Barcelona, this is one of the great places that you cannot miss.

Park Güell really was born from a dream between businessman Eusebi Güell and architect Antoni Gaudí, but if you want to know a little more about the history of Park Güell, I advise you to continue reading our article until the end . Enjoy it!

Park Güell came about thanks to Eusebi Güell, a wealthy businessman from an influential bourgeois family. Its initial intention was to build a residential neighborhood in Barcelona inspired by the British model of the Garden City, and that is why it owes its name “Park Güell”. For his project he hired the great architect Antoni Gaudí.

Eusebi Güell acquired the farm in the area known as Montaña Pelada, in order to sell the 60 plots that he was going to build to the bourgeois families, this project had many requirements, the location and height of the plots could not hinder the other neighbors with views of the sea or the sun.

But Eusebi Güell’s real estate business was not successful and they stopped the works in 1914 with only two houses built, when he died, the Barcelona city council bought the property for 3,200,000 pesetas and turned it into a public park.

It is currently a highly valued place in Barcelona and forms part of the “Tres Turons” park.

What to see at Park Güell

If you wonder what to see at Park Güell here is the answer. The first thing you will find and that will catch your attention in an impressive way will be the beautiful wavy shapes, columns in the shape of trees, geometric shapes and spectacular animals that cover the park. Antoni Gaudí was inspired by the shapes of nature to recreate them in the park, full of colorful shapes.

The park has the Calvary Monument, a promontory that is located in the highest part of the Park Güell where you will have the best views of the city in front.

At the main entrance there are two beautiful houses, one is a store and the other, the Casa del Guarda, has audiovisual exhibitions from the past of this park.
The central part of the park is a huge plaza with a bench about 110 meters long, with the appearance of a snake, with an addition of small ceramic pieces.

Another thing you cannot miss in this park is the Gaudí House Museum, in which the architect lived between 1906 and 1925. A collection of Gaudí’s works is currently there.

There is something fundamental that is important to know before going, the information about Park Güell’s hours and tickets.

The entrance to the park is paid, about 400 people enter every half hour, so it is recommended to buy the ticket much earlier to be able to enter without waiting in long lines.

How to get to Park Güell

If you don’t know how to get to Park Güell we will give you the answer.

You can get to the park from Line 3, getting off at the Vallcarca or Lesspes stops and walking about 20 minutes until you reach the main entrance located on Carrer de Larrard.

Another easier way to get there would be to get on the tourist bus following the green route and get off at the Park Güell stop.

We hope you liked it and encouraged you to visit it as soon as possible, thank you and see you soon! 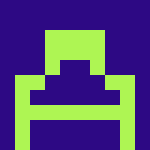